An Austria-based company dubbed SunnyBAG recently launched a Kickstarter campaign for its SunnyBAG SmartBattery, which is alleged to be the smartest power bank yet.

There are now quite a few devices on the market offering a quick boost to keep your smartphone going while on the go, and the SunnyBAG 10,000 mAh SmartBattery will soon become a great option. 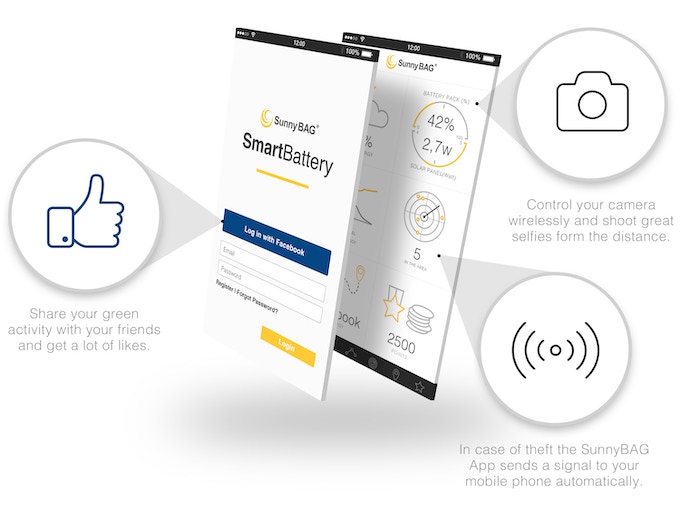 But what really makes the SunnyBAG SmartBattery unique is its ability to connect to a companion smartphone app that provides the user with details on how much charge you have stored, used, and replenished using USB connections, conventional wall sockets, or solar panels. The app is available on Android and iOS platforms.

The companion app also allows you to control your smartphone’s camera wirelessly (Bluetooth 4.1) from a distance of up to 30 meters; automatically sends a notification to your smartphone when it is separated from the power bank, like when you forget it or it gets stolen; and allows you to share your green activities with friends on social media.

SunnyBag managed to raise and surpass its €10,000 target within 24 hours of launch with 123 backers. The campaign is expected to run until 25th January, 2016, while the estimated shipping date is May 2016.

Parental Peace of Mind: The Best GPS Trackers for Kids

How Do Smartwatches Track Sleep?

Error: Access Token is not valid or has expired. Feed will not update.
This error message is only visible to WordPress admins